The Sculpted Landscape of the Colorado Plateau 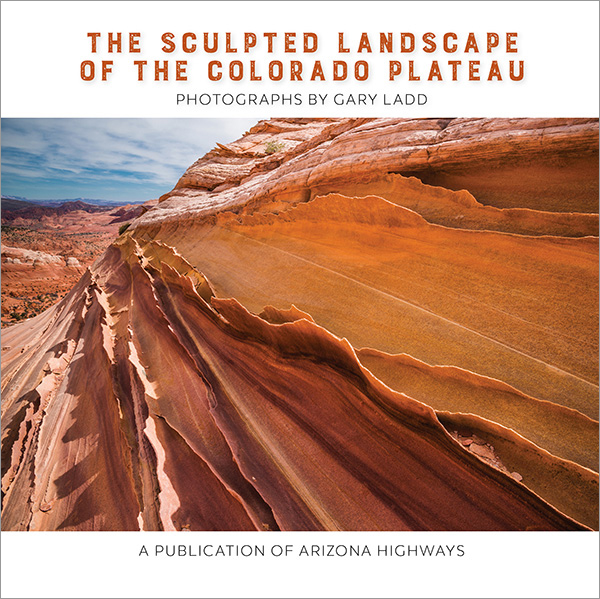 See More Photos
Since the late 1960s, photographer Gary Ladd has explored the world through his lens — from remote caves to the twists and turns of the Grand Canyon and Lake Powell. As one of the Southwest’s premier landscape photographers, he is perhaps best known for his work on the Colorado Plateau. In The Sculpted Landscape of the Colorado Plateau, Ladd celebrates the unique geological features that make the region both beautiful and mysterious. This book showcases 30 of Ladd's stunning photographs.

In addition to Arizona Highways, Ladd's work has appeared in Sierra and Smithsonian magazines. It has also appeared in more than a dozen books, on displays and in brochures for the National Park Service, and in books published by National Geographic.