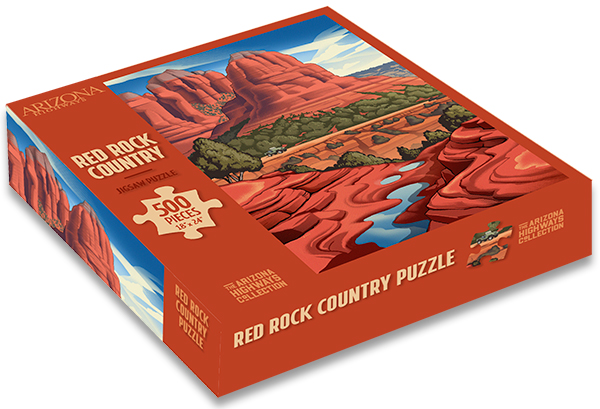 See More Photos
This 500-piece puzzle features a depiction of Central Arizona’s Sedona area, one of 12 Chris Gall illustrations that served as cover images for every issue of Arizona Highways in 2017. Gall, a Tucson-based artist, used a combination of photos and his imagination to create each scene. “I had always wanted to create a series of travel posters featuring the state’s great places,” he says. Gall has contributed numerous illustrations to Arizona Highways and other publications, and he’s also the creator of Dinotrux, a children’s book series that’s been adapted into a successful Netflix program.