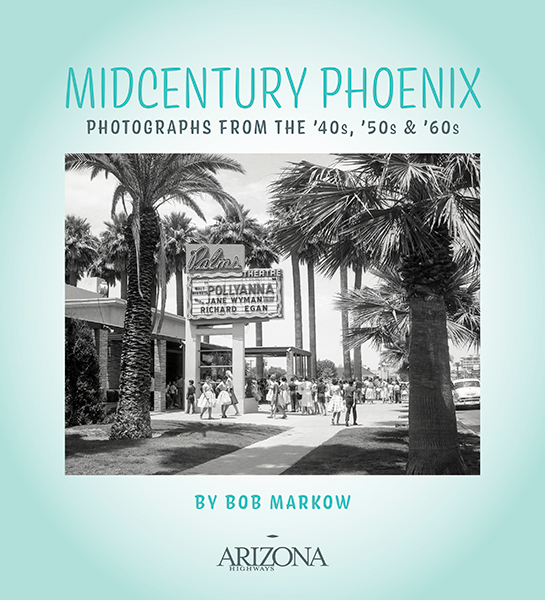 In Midcentury Phoenix, Arizona Highways celebrates the growth and glamour of Arizona’s capital city during the mid-20th century, as seen through the lens of legendary photographer Bob Markow. Featuring images of iconic destinations such as the Camelback Inn, long-lost relics such as the Gizmo drive-in restaurant, Phoenicians doing everyday things, celebrity appearances, and aerial views that show the striking contrast between the city of yesteryear and the sprawling metropolis of today, Midcentury Phoenix is an homage to days gone by.