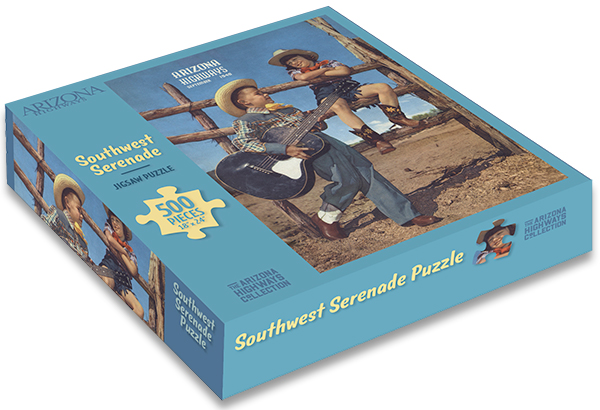 See More Photos
Just an Old Cowhand, a photo by Ray Manley, appeared on the cover of the September 1948 issue of Arizona Highways and now serves as the basis for this 500-piece puzzle. Editor Raymond Carlson noted in the issue that the photo was made “down Tucson way” and that it appeared that “the lady likes the ‘gittar’ playing.” After Arizona Highways first published one of Manley's images in 1940, he contributed to the magazine for decades while also finding success in the world of commercial photography.